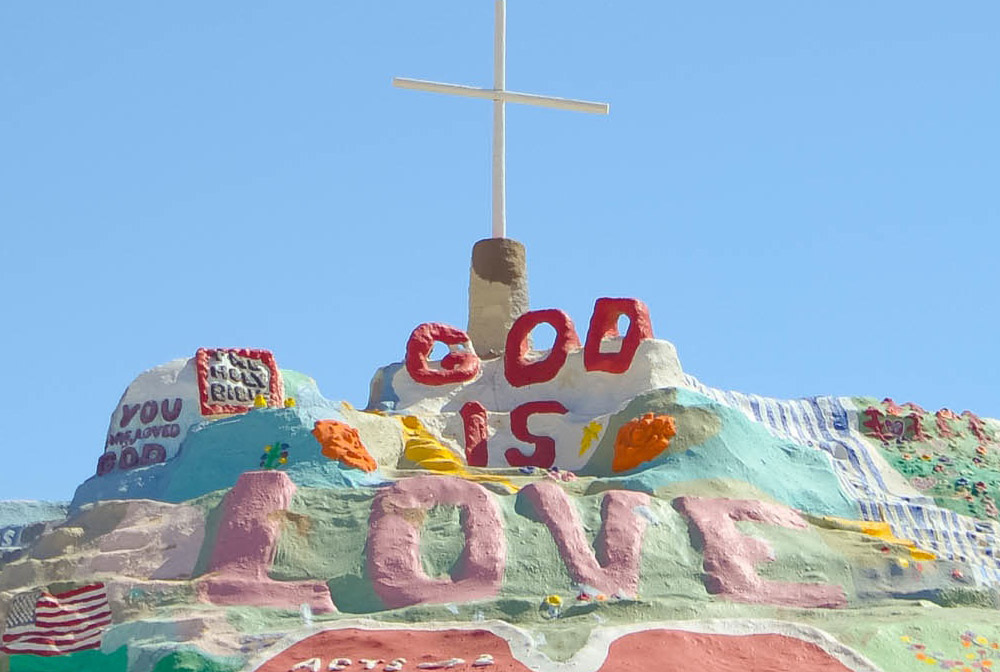 We also like to say that every day is Christmas and the "present" is forgiveness! You see, none of us earned it and none of us deserves it. And we think that is good news!

To help you receive the gift of God's love in Jesus, here are five ways God loves us.

1. As enemies of God, we have been reconciled with God.

"For while we were still weak, at the right time Christ died for the ungodly. For one will scarcely die for a righteous person—though perhaps for a good person one would dare even to die—but God shows his love for us in that while we were still sinners, Christ died for us. Since, therefore, we have now been justified by his blood, much more shall we be saved by him from the wrath of God. For if while we were enemies we were reconciled to God by the death of his Son, much more, now that we are reconciled, shall we be saved by his life. More than that, we also rejoice in God through our Lord Jesus Christ, through whom we have now received reconciliation." (Romans 5:6-11)

2. As Law-breakers, we have been justified by the Law-giver.

"For all have sinned and fall short of the glory of God, and are justified by his grace as a gift, through the redemption that is in Christ Jesus, whom God put forward as a propitiation by his blood, to be received by faith. This was to show God's righteousness, because in his divine forbearance he had passed over former sins. It was to show his righteousness at the present time, so that he might be just and the justifier of the one who has faith in Jesus." (Romans 3:23-26)

3. As prodigal sinners, we have been forgiven by a prodigal God.

"But the father said to his servants, ‘Bring quickly the best robe, and put it on him, and put a ring on his hand, and shoes on his feet. And bring the fattened calf and kill it, and let us eat and celebrate. For this my son was dead, and is alive again; he was lost, and is found.’ And they began to celebrate." (Luke 15:22-24)

4. As bad people, we have been baptized into the death of Jesus.

"Do you not know that all of us who have been baptized into Christ Jesus were baptized into his death? We were buried therefore with him by baptism into death, in order that, just as Christ was raised from the dead by the glory of the Father, we too might walk in newness of life. For if we have been united with him in a death like his, we shall certainly be united with him in a resurrection like his." (Romans 6:3-5)

5. As the unrighteous, we have been given Christ's righteousness.

Every day is Christmas and forgiveness is the PRESENT!!! We NEED this message spoken more and more. God LOVES us! Thank you, JESUS for your immeasurable love. This is such freeing Good News!

Why We Meet On Sunday

Why We Meet On Sunday